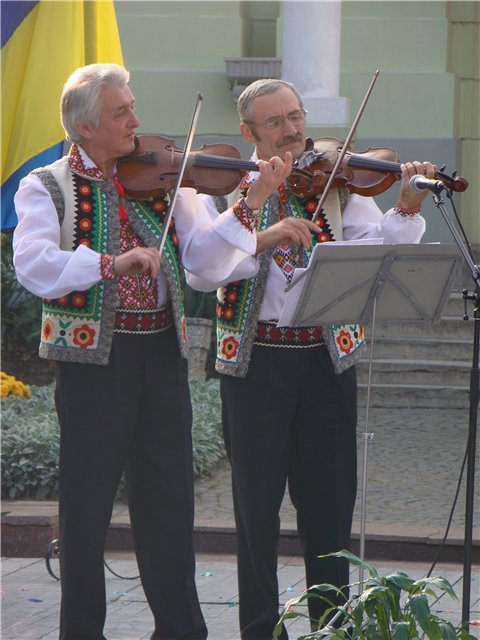 Through centuries Chernivtsi was forming as a multinational city with tolerance atmosphere which became the cradle of artists representing different cultures. Literature and art chronicles of the city are abundant of names well-known both in Ukraine and in whole Europe. Today you may learn the cultural heritage of Bukovyna in the Star Alley in Teatralna square. It represents dozens of names of famous culture personalities whose life and work relate to Chernivtsi.

Bukovynian literature works are represented by numerous glorious names. The best know of them are Olha Kobylyanska, Yuriy Fedkovych (classics of Ukrainian literature), Mihai Eminecu (famous Romanian poet), Rose Ausländer and Paul Celan (Jewish poets who wrote in German). Paul Celan’s works belong to the treasure of the world culture. All of them wrote in different languages and each of them had own unique style. Most of them were born in Chernivtsi, got education here and formed as creative personalities.

The whole world knows Josef Schmidt, a tenor, "German Caruso” from Bukovyna. He started his singer career from the child choir of Chernivtsi Temple Synagoge and after some time his song went round the world. Volodymyr Ivasyuk, the author of storied Chervona Ruta ("Red Rue”) was living and creating in Chernivtsi.

Olha Kobylyanska Music and Drama Theater is the main center of the city culture. Besides the theater there is also Oblast Philharmonic Hall built in 1877 as the Music Society House. Today you can hear here unique melodies of the Carpathians, see original Hutsul dances performed by Bukovynian Honoured Song and Dance Ensemble covering almost 80 types of theatrics. The Hall was the first step to the great podium for Sophia Rotaru, Nazariy Yaremchuk, Vasyl Zinkevych, Pavlo Dvorskiy and other talented singers.

Chernivtsi residents and its guests can make use of the Organ Hall, Oblast Puppet Theater, more than 10 museums, 4 music schools and one art school, 5 movie theaters, House of Aesthetics and Leisure, Center of Culture and Arts, Ballroom Dance Studio, 10 clubs, 31 libraries. The city has more than 100 religious organizations and diocesan authorities, 4 religious institutions.